CEO Jacob Harris and Co-Founder Joshua Griffin met while working at one of the largest corporate retail security companies in the country. Both decided they wanted to make a positive impact on the private security industry. Harris and Griffin realized that they both shared many of the same views regarding multiple aspects of the private security industry. This made them eager to open their own company, one that would effectively intersect their expertise with their respective interests.

Piedmont Security & Patrol Services, LLC opened its doors in 2017. Since then, we've been fortunate to provide uniformed security services to retail locations such as Apple Inc. and TJ Maxx along with stores such as Home Depot and Dick's Sporting Goods.

In 2018, we had the opportunity to begin providing professional patrol services to the Piedmont Triad Metropolitan area.

We at Piedmont Security & Company Police know that finding the right security company is a choice not to be taken lightly. That's why we offer free consultations to walk you through your needs, the scope of your goals, and your budget. 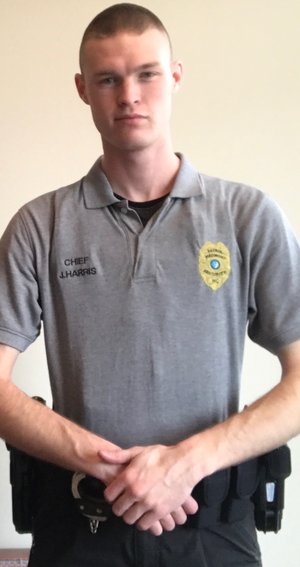 Mr. Harris began his career in the security industry as a Uniformed Security Officer at the south-east's largest theme park bordering North and South Carolina. After working as a security officer and dispatcher at the park, Mr. Harris looked for a change and he started working with Joshua Griffin, Piedmont Patrol's Co-Founder, at a shopping mall. During his employment at the retail mall, Mr. Harris also worked part-time for a company in the Charlotte Area where he was assigned to work in a 'robbery prevention' capacity at a retail contract. During his employment in Charlotte Mr. Harris also assisted with marketing and sales. Since 2017, Piedmont Security & Company Police has been providing security services to clients large and small. Mr. Harris has hands-on experience as an officer, supervisor and manager in the security industry. He enjoys staying ahead of new advancements in technologies in the industry.

Mr. Griffin assists in the day to day operations in the company and is directly responsible for making sure the company and officers meet all of the North Carolina Private Protective Services Board's Standards, Training and Registration Requirements. Prior to co-founding Piedmont Security & Company Police, he managed security operations for a retail shopping location with a large retail security company for approximately 10 years. Mr. Griffin has approximately 18 years experience in the private security industry in a wide range of positions.

A MESSAGE FROM THE CEO

As the CEO and founder, is my mission to combine a high level of integrity, dedication, and professionalism in order to provide unsurpassed service.

The private security industry has been under scrutiny for years mostly because larger companies have not created a higher standard for security officer employment. Most security companies only follow state minimum guidelines and regulations for hiring practices. Unlike our competitors we have decided to make a difference in our industry and raise our hiring standards and requirements much higher than state regulations. We take care of our team by providing opportunities for career advancement, a competitive salary, and a merit-based workplace environment so our officers have a greater incentive to provide superior service to you.

It's vital that we work together to ensure the safety and security of you and your property.

Our team looks forward to working with you.